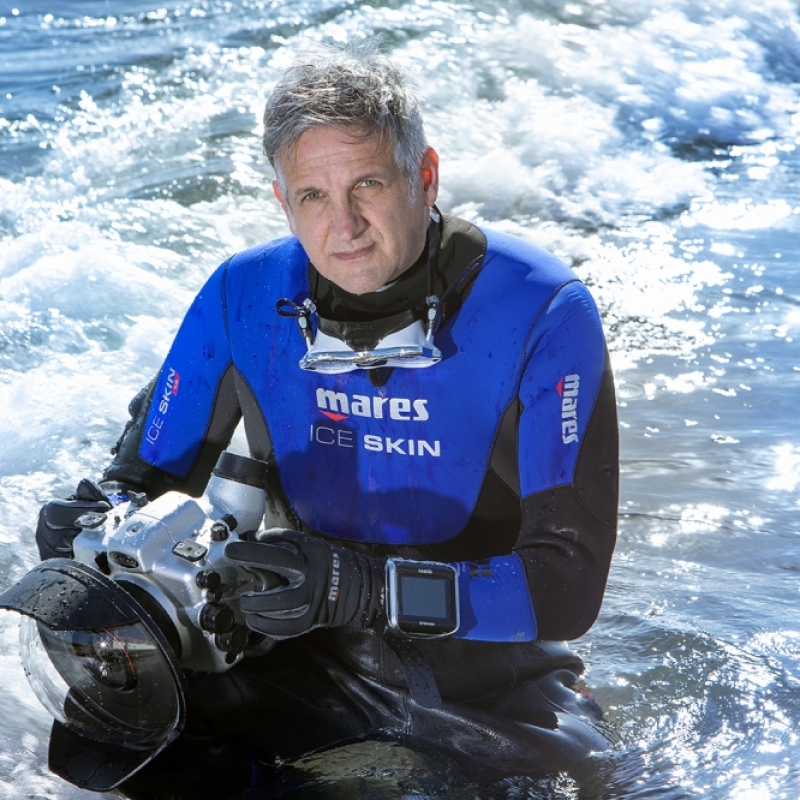 Underwater photographer, graduated in marine production at the University of Naples "Federico II", scholar of the marine ecosystem, was born in Naples in 1970. He learned from an early age to love the sea and to dive in apnea in search of octopuses and sea urchins. Over the years, the passion for the big blue has evolved into pure exploration of the underwater world. Self-taught, he began his underwater photography activity with a Nikonos III in 1989, increasingly orienting himself towards photography of biological interest, favored by the richness of the seabed of the Gulf of Naples. His photos and articles have been published in important national and international magazines, including: National Geographic, Tauchen, Dive Master, Discovery Magazine, Le Figarò, GeoMagazine and many others. Numerous awards and recognitions all over the world, including the prestigious “Plongeur dʼOr” in 2011 in Marseille. One of his portfolios was published in the 100th issue of Asian Diver magazine; some of his images have been included in the unique edition of the magazine “Scuba Diver Ocean Planet” dedicated to the artists who have left their mark in underwater photography. Collaborator of the well-known French photo agency, BiosPhoto. In 2016 he was the photographer of the first guide to the Submerged Archaeological Park of Baia, created in collaboration with the Centro Sub Campi Flegrei, presented at ADEX in Singapore. In 2020 he takes care of the photographic set-up of the new sites of the Centro Sub Campi Flegrei. From 2021 he is Ambassador for the Seacam and Mares brands.

Back to the team